Think the tutorial could be better? Edit it on the wiki!

This tutorial was made by paufg#8578 on Discord and transcribed to the wiki. Thanks!

Please keep in mind some terminology may be a bit outdated. Ethereum = Valkyrium.

Make sure you have Minecraft Forge 1.12.2 and the latest version of Valkyrien Skies in your .minecraft/mods folder. 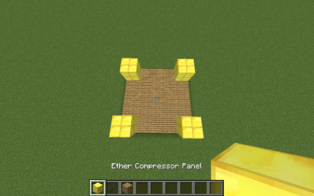 Four Valkyrium Compressors that have not been constructed yet 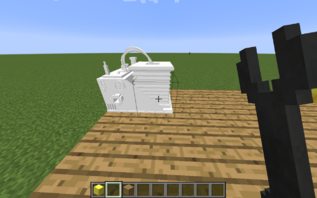 2 - Connect all of them to a lift lever using a Network Relay and 5 wires. Infuse it with physics and your ship is ready to go up and down! 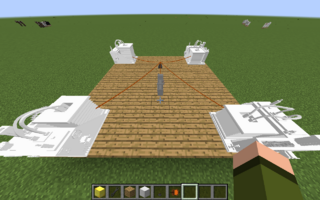 Set up Forward and Backwards Movement

Do it by placing Valkyrium Engine parts in a 2x2x3 structure and right-clicking the the middle bottom block of one side with the wrench. 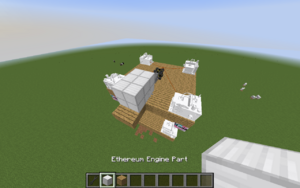 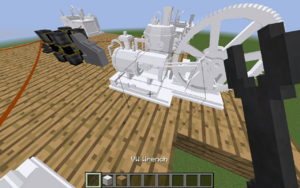 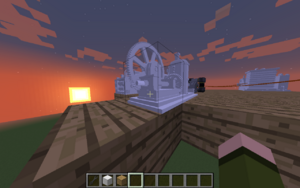 Place a Gearbox there. 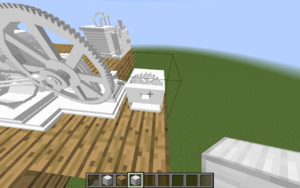 Basically the gearbox has 1 input and 5 outputs. Each of the 5 outputs will always rotate at the same speed no matter what. They rotate with angular velocity proportional to that of the input side. The value of that proportion is 1 by default, but can be -4, -2, -1, 0, 1, 2, or 4. That value is controlled by the Speed Telegraph. Using the wrench sets a side to be the input.

2 - Place Giant Propeller parts in a square that can be from 3x3 from 7x7 with the one in the middle touching the Gearbox. 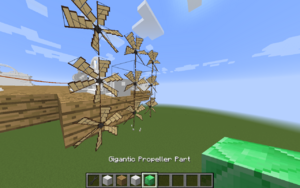 Right-click the one in the middle with a Wrench to construct it. 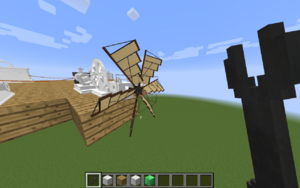 And your ship should start moving. To control the speed connect the Gearbox to a Speed Telegraph using Relays and Wires. 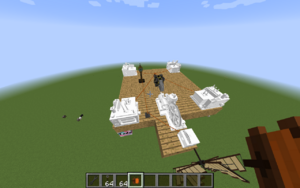 Ship example with a Speed Telegraph

Set up the ship rotation

1 - Place Rudders. Note: use Gyro Stabilizers to keep your ship straight up. 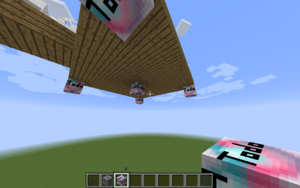 Stablizers on the bottom of ship 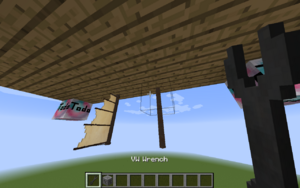 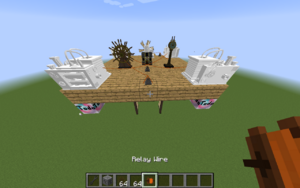